This is the tenth and final part of what is a 10–part series of blog posts, which will ultimately be published in full as a single report.

Floating has a bright future

The notion of installing turbines on floating structures rather than foundations set on the seabed has been promoted for two main reasons:

Floating wind thus offers the hope of very large scale renewable power production away from the eyes of coastal populations and with the efficiency of an industrialised onshore supply chain.

Several concepts of floaters exist. We will not discuss them in detail here but present them for illustrative purposes. They each have different constraints (such as minimum water depth to be installed, or quayside surface required).

These technologies are generally considered to work, from a technical point of view, but none have been tested in full as regards large scale manufacturing and installation, and their cost on a serial basis is not necessarily fully identified yet. 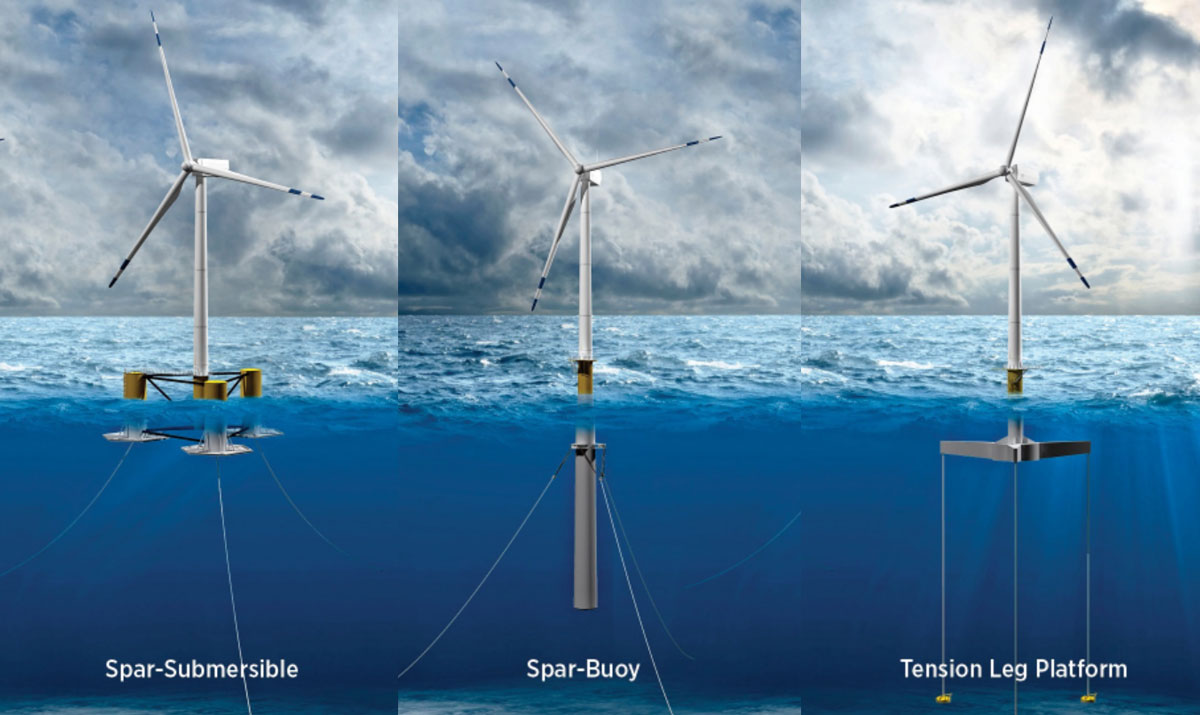 In any case, the risks are fairly similar (and to a reasonable extent conceptually similar to the risks faced by the fixed bottom offshore wind industry 15 years ago): 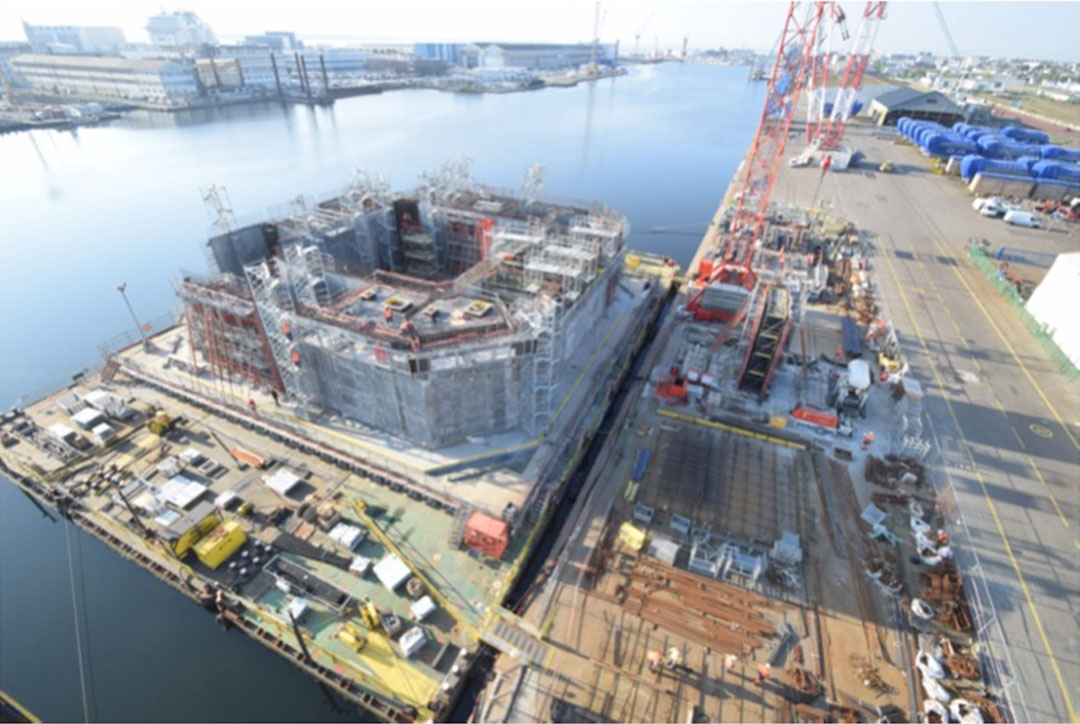 Conceptually, these are questions that resemble those that banks asked 15 years ago about offshore wind: what could go wrong, what will it cost to correct it, and who is responsible? We are at a stage where everybody expects that all these questions have satisfactory answers, but the exact answers are not fully available and the uncertainty has a cost in terms of the availability of debt and the terms under which it can be provided.

Banks crave precedents, and we are back to a situation where there simply isn’t enough information available. The early prototypes have demonstrated that turbines work on floaters, and can produce electricity at high capacity factors (Hywind Scotland, a 5‑turbine pre‑commercial project off Scotland, announced a capacity factor of 57% for its second year of operation), but they have not really provided insights on what happens once serial production and installation is the norm.

Ironically, the fact that prototypes have been performing really well has not given information on what downside scenarios could look like (how much time does it take to tow a faulty turbine back to shore and repair it, how much does it cost, and how often it is likely to happen?); which makes it difficult for banks to assess the worst case situations that they would want the projects to be able to cope with.

Getting floating debt–financed is critical

Just like other renewables and fixed–bottom offshore, floating wind is a capital–intensive technology where most of the money is spent upfront and running costs are relatively low, which means that ultimately, the cost of electricity will be driven as much by the cost of capital as it will be by the cost savings generated by economies of scale. And both will only go down if projects happen.

The virtuous circle of any developing sector is as follows:

The big questions is how quickly can the virtuous circle of increasing scale and decreasing costs (both physical and financial) happen. Governments now see that onshore wind, solar and traditional offshore wind can be built with tariff levels that are comparable to spot market prices, and may wonder why they should force ratepayers to provide higher prices to another technology. Even if they are willing to give support to a new sector, they may get impatient if the cost reduction is not as spectacular as it has been for offshore wind in the 2015‑2020 period.

That question is still open today, even if it seems likely that countries like Japan, that simply have no other alternative to deploy renewable energy on a large scale, will support the sector long enough for it to become competitive. The recent Scotwind tender, where half the capacity was awarded to floating projects, should help accelerate the answers.

The history of offshore wind is quite intertwined with the history of how the projects were financed, and it is the rare sector where risks are quite significant (construction at sea will never be an easy task), where they have been taken willingly by banks, and where they have been successfully navigated by the industry, with an enviable track record of projects built on time and on budget.

This means that funding is available for the industry, on highly competitive terms, and is not a bottleneck for the further development of the sector – and the same will be true of the nascent floating offshore wind sector. Rather than being an obstacle, smart financial engineering has been one of the driving factors for the substantial drop in the cost of electricity generated by offshore wind farms, as the excellent risk management by the industry, prodded by careful financiers, has allowed to attract low-cost capital, an important feature for a capital–intensive sector.

As offshore wind becomes one of the dominant new sources of generation of clean electricity, it is worth celebrating this example of financiers doing their job of supporting an industry while understanding the risks they are taking!